Get to know our International Talent – ph.d Anna Lenkewitz-Salminen

Today I had the pleasure of spending a couple of hours with one of the most beloved figures in the NGO world, Anna Lenkewitz-Salminen. Even though she could never imagine herself living anywhere else but Germany, she fell for Finland. ‘Pretty much after I came here for the first time (2011) to work on my History PhD at the National Archives, I fell in love with Finland. I felt freedom, calmness, and that I could be and do whatever I wanted without judgement from others.’ 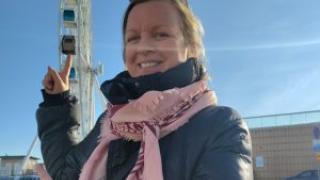 For the next 5 years she has been travelling a lot between Finland and Germany. ‘I was very exhausted trying to find a way out of unemployment in Germany, couldn’t really see a perspective there anymore, especially workwise.’

At the same time, she also met her now husband and since she was spending more time per year in Finland than in Germany, the thought she might move here one day really grew. ‘In 2016 when I was about to finish my PhD, we decided to take our long-distance relationship to the next level, and I moved here. Now, 5 years later, I am very happy to have followed my dream and move to Helsinki.

My first work experience in a Finnish company was as a German language instructor, with lovely Kieliavain (https://kieliavain.fi/) a private language school. I loved my bosses. They helped me a lot with different things, gave advice and always had an open ear when I needed something. ‘ 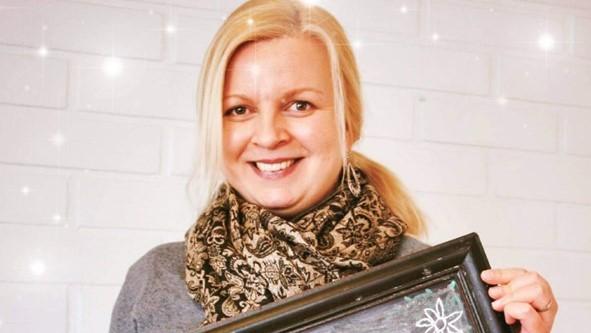 ’I care a lot about my Neighbourhood Mothers, they are very close to my heart.’

A year later, she found by accident Nicehearts, started by participating in the Community Organiser training and continued with the Neighbourhood Mothers’ training. Simultaneously she attended the summer courses at the University of Helsinki studying Finnish language.

‘I was being an active Neighbourhood Mother for several months already, organizing different activities, when I got the opportunity to become an apprentice student (oppisopimusopiskelija) within this project. I also qualified as a Youth and Community instructor and have a degree in Education and Guidance. After the studies, I began working as the area-coordinator of the Neighbourhood Mothers in Helsinki. I did further education in HR management, project management, marketing and social media management. ‘

‘I care a lot about my Neighbourhood Mothers, they are very close to my heart. I learn a lot from each of them every day.‘

’I am a big fan of cooperation, because I believe that together we can reach much more than  being a single fighter.’

The cooperation with the City of Helsinki for the Participatory Budgeting was one of the most successful aspects of the Neighbourhood Mothers’ project. Between 2018-2019 there has been established the cooperation with the City of Helsinki, with stadiluotsit. ‘I have been leading a team of 12 Neighbourhood Mothers and lots of volunteers for OmaStadi. Besides coordinating the info sessions explaining what OmaStadi is, supporting our ladies to organize Oma Stadi workshops in their own mother tongue, I have been also sharing experiences and helping the City to develop the OmaStadi process. Through conducting various interviews and networking events, we have reached out to more than 100 participants, organized 20 workshops in different languages and send more than 25 ideas to the city.’ ’I am a big fan of cooperation, because I believe that together we can reach much more than being a single fighter.’

For the second round of OmaStadi, 2020-2021, she managed and supported the ladies to continue the cooperation with the City. ‘Together we reached out to 105 participants, we organized 23 workshops in different languages and sent in total 67 ideas, out of which 23 Neighbourhood Mothers’ proposals are open for vote during this October.’

’Building trust together is one of the most important things for me.’

’It is very important for me that Neighbourhood Mothers feel safe in our activities. Building trust together is one of the most important things for me.’

Part of her future plans is strengthening work profile and improving leadership skills. ‘I want to inspire people to do more, I want to show the society that ones’ ability to influence and participate in the community doesn’t necessarily depend on the language skills.’

She is open for future cooperation opportunities and mentoring projects, so reach out to Anna on LinkedIn https://www.linkedin.com/in/alenkewitz/ or via email  anna.lenkewitz@nicehearts.com

‘I’m here to support you in changing things for the better’. 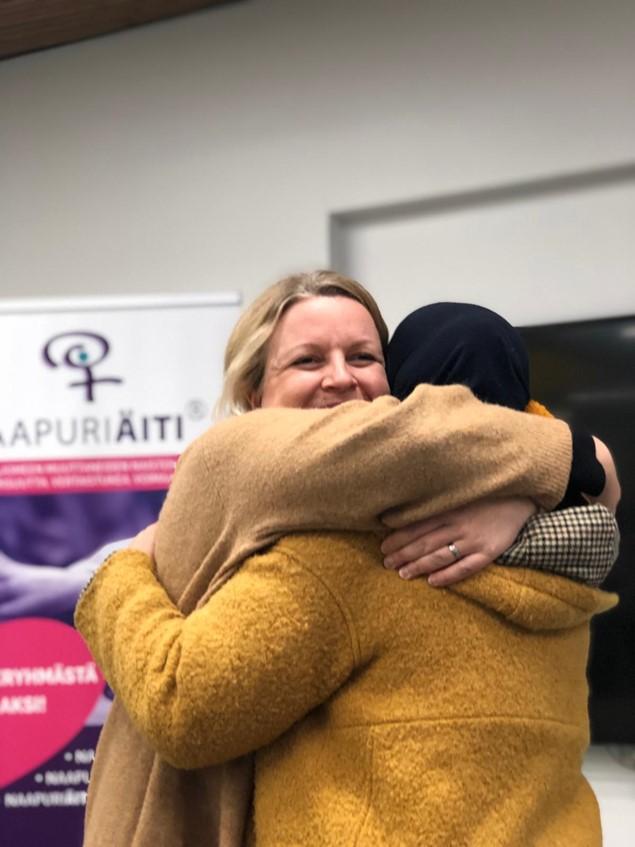 Get to know our International Talent -campaign is part of Kasvua Vantaalle kansainvälisistä osaajista – Talent Vantaa –project that implements the targets of national Talent Boost Program and receives funding from the Ministry of Economic Affairs and Employment. Project is implemented in cooperation with the City of Vantaa and Laurea University of Applied Sciences.

How Vantaa became my home

Get to know our International Talent Ekaterina Podnebesnikova

Leadership and Labor Law in the Finnish work environment

Get to know our International Talent Ali Basem Al-Darraji

Get to know our international talent – Joppe Quaedvlieg